The quiet scenes are expressed with bright vibrant colors and the vast majority of her nostalgic canvases depict her native Long Island and New York city – the greatest city in the world.

Taylor’s sculptures are an abstract series in alabaster. Her clay masks are a primitive and animal inspired  exploration. Her limited edition photographs,  inventive compositions of everyday images.

Taylor is also is a multiple award-winning independent film producer whose first film, the “coming of age/coming out” comedy/drama, Dorian Blues. was among the most decorated independent films of 2004.

Taylor’s films are available on DVD and can be seen on Showtime, HBO, The IFC Channel, The Sundance channel, as well as at Netflix.

Taylor is a long-time New Yorker where she lives with her husband and three sons. 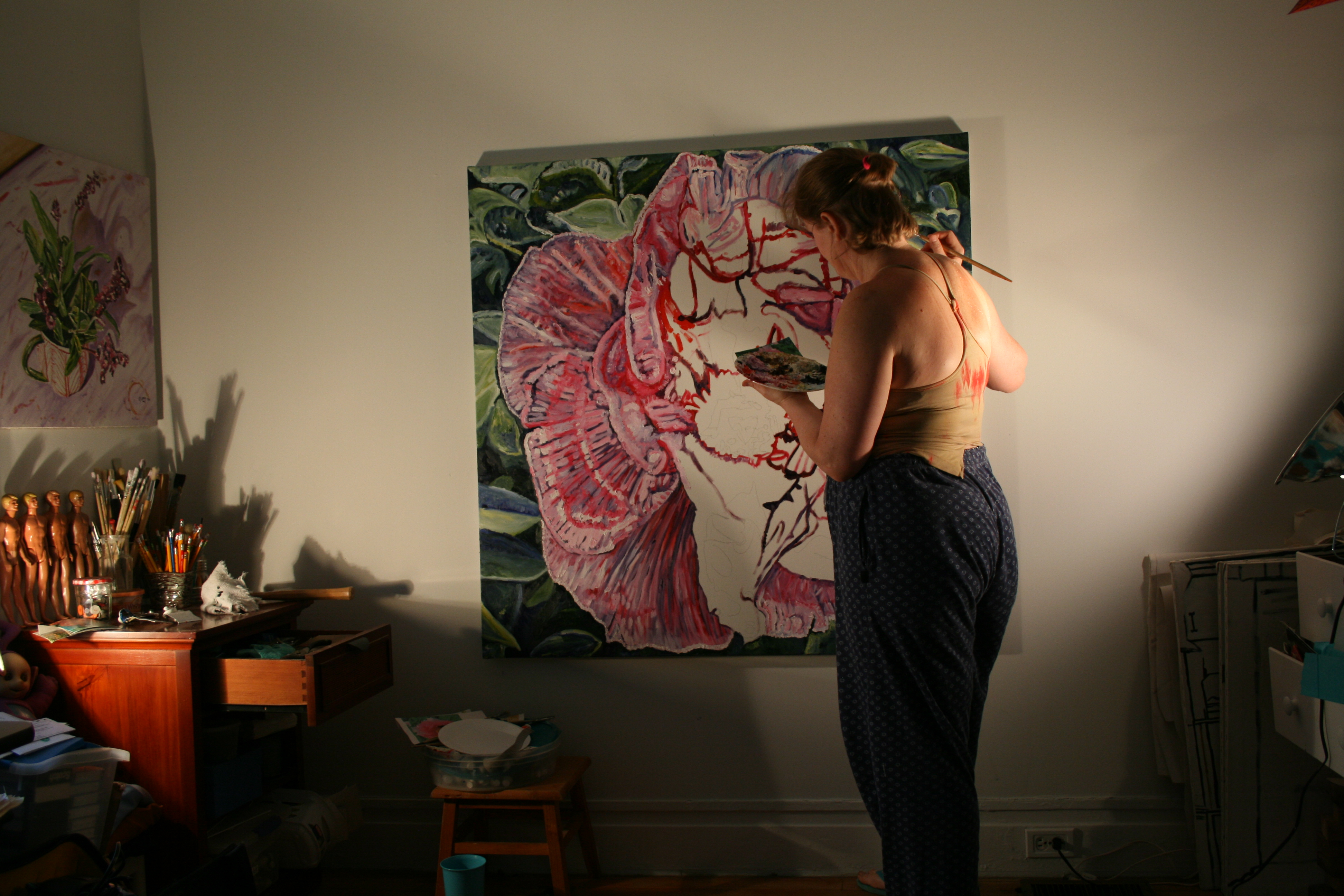